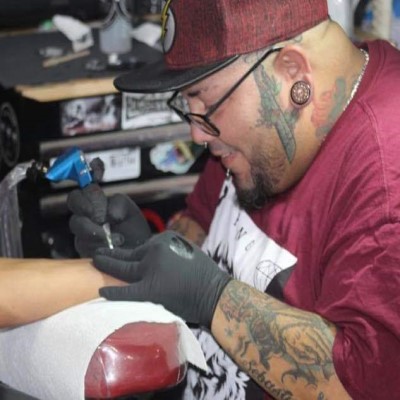 "Joel Ortiz Ginorio aka Goldo first developed an appreciation for tattoos at an early age, as his father was tattooed. Throughout his youth, Joel Ortiz Ginorio found ways to express his artistic inspiration through the medium of graffitti while living in Puerto Rico. Eventually, Ginorio would seek out opportunities to learn how to bring his art to the world of tattooing. Over the 9 years he has been tattooing, Ginorio first started in Puerto Rico, tattooing in several tattoo shops including: Sunny’s Tattoo, Skin Designs, Tattoo Plus, and D Tattoo Parlor. Over his tattooing career, Ginorio has participated in about 14 tattoo conventions in the US, Puerto Rico, and Panama winning several awards for his excellence in the Neo Traditional style of tattooing. In 2016, Joel Ortiz Ginorio opened his own tattoo parlor, SprINKfield Quality Tattoos (SQT), alongside a team of artists united as a family. SQT specializes in New School and Neo Traditional tattoos, but are willing and capable of doing other artistic styles. Since partnering with Papillon Tattoo Supply, Ginorio continues to expand his artistic expression using the best inks on the market to ensure the brilliance of his art will shine forever."- Joel Ortiz "Goldo" Ginorio (If you would like to see more about Joel and see some of his artwork, you can visit his Instagram page here.) 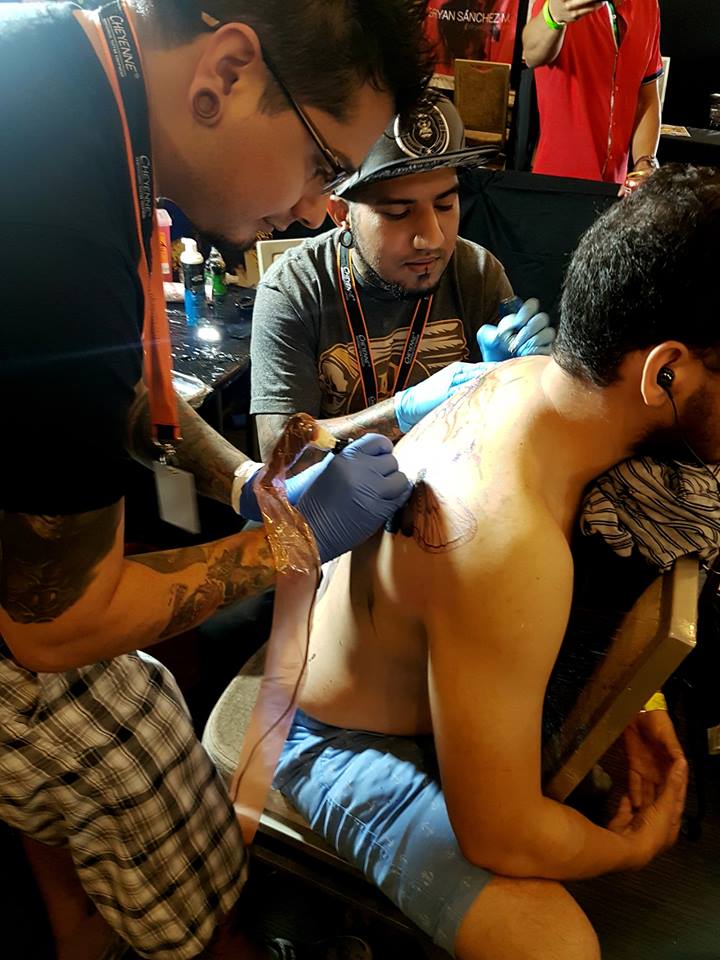 "Guillermo Barros is a Papillon sponsored tattoo artist from Quito, Ecuador. He began his tattoo artist career in the year 1999. Currently, Guillermo owns his own tattoo shop called Triom Tattoo Studio (Opened in 2011).

During his career as a tattoo artist, Guillermo has consolidated the Realistic Portraits, realism tattoo style, and Neo oriental with dominating color techniques and fusing them with shades of grey. He applies his versatile tattooing techniques to tattoo the skin with different methods of representations of art.

Since the early stages of his career as a tattoo artist, Guillermo has been using materials from Papillon Tattoo Supply. The high quality of their inks such as the original Starbrite, have been his choice of ink to create beautiful pieces of art. Once the colors are applied in the tattoo, they are long lasting and the skin heals quickly and without complications.

After 20 years, Guillermo is still using the products from Papillon Tattoo Supply. They are maintaining the quality of its inks and keeping up with the changes in the industry. They have a wide variety of quality tattoo supplies such as their coil tattoo machines, which are the ones Guillermo used as an apprentice, to the Renfield – Rotary Tattoo machines, which Guillermo uses nowadays."-Guillermo Barros (If you would like to see more about Guillermo and see some of his artwork, you can visit his Instagram page here.) 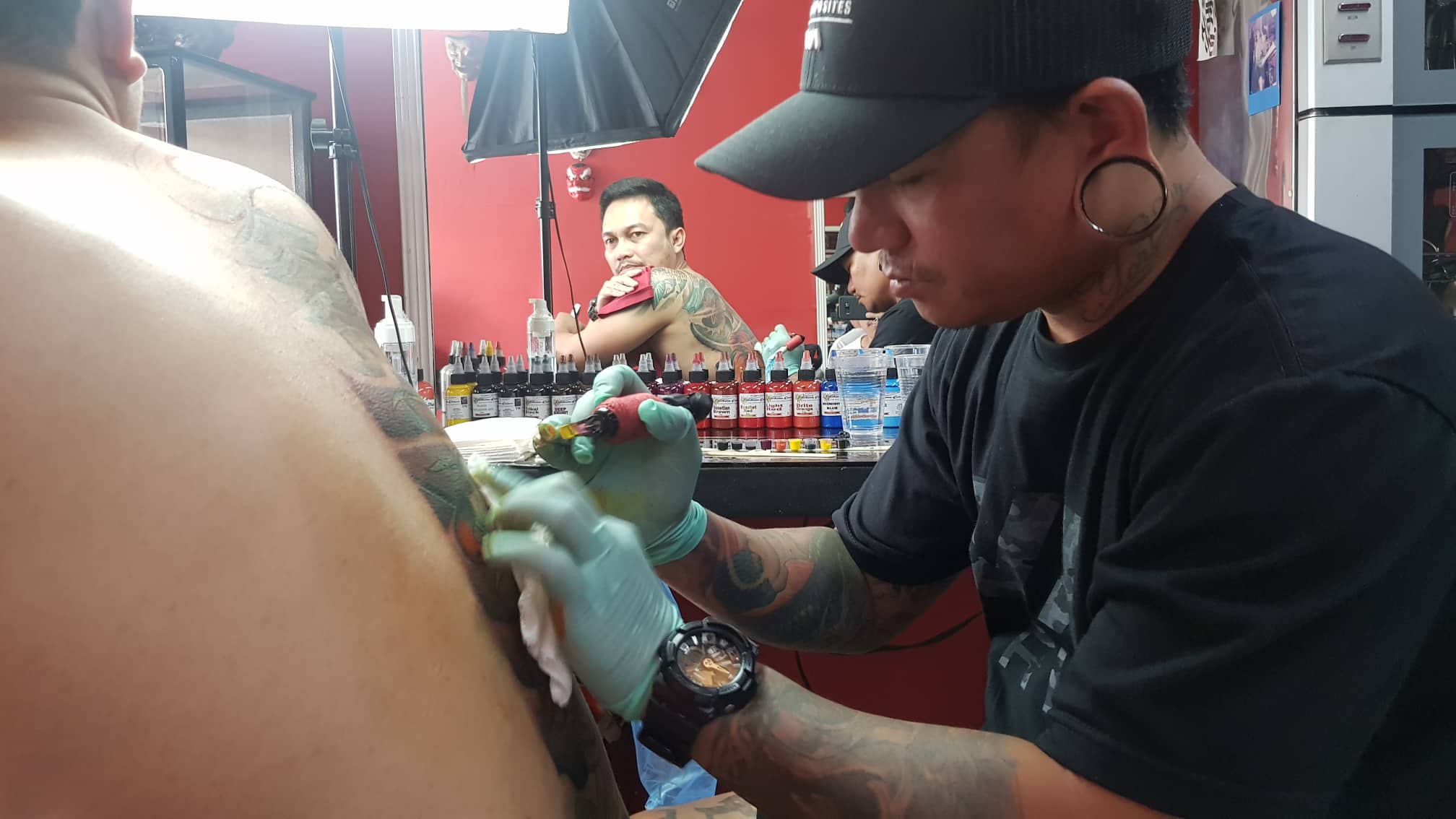 This kind of art runs through my blood. I have two older brothers who are also into tattooing. I was inspired by them and since then I sought to become a tattoo artist and make a name for myself.

I joined my first tattoo competition in 2012 and got “Champion” for the newbie category. I was very happy back then and challenged myself to compete in “Pro Category”. So I engaged in more tattooing competitions. I may have failed in some of those competitions, but by Gods grace I received numerous awards.

Everyday I strive to be better than the day before. I specialize in colored realism and can do black and gray realism, Japanese tattoo and Portrait. I am looking forward to meet the well-known Dmitriy Samohin. His art has really inspired me throughout my journey as an artist."-Tom Racho (If you would like to see more about Tom and see some of his artwork, you can visit his Facebook page here.) 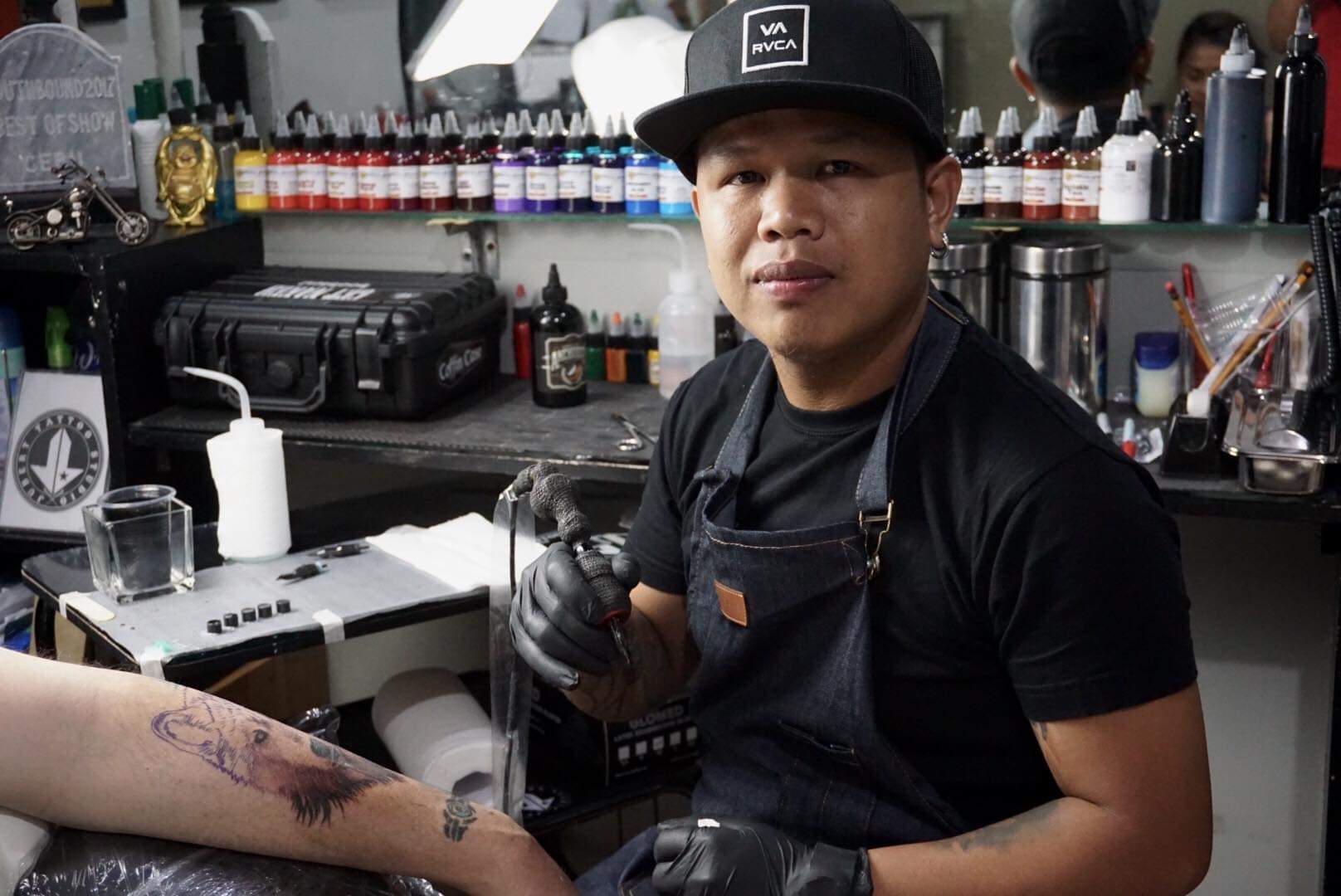 "I am Jubert Bellita from CeBu City Philippines. I started drawing from a young age and motivated by my passion for art, I grew an interest towards tattoos. I started a tattoo apprenticeship in 2005 at home, where I had a chance to develop my artistic skills, which led me to become a tattoo artist.
I opened a private tattoo studio called Jubert Tattoo in Juana Osmeña, Capitol Site, Cebu City, where I am currently based as a tattoo artist and the owner at the same time.

I took inspiration for my art from different artists for their creativity on delivering the concept of their ideas as well as their technical abilities.
When I first started tattooing I was focusing on traditional style tattoos but I found it hard to make them unique and personal, therefore I realized that I wanted to express my own creativity and that I was naturally predisposed for a style that would allow more freedom and individual input: colored portrait and black and gray realism.
I like to put my individuality and personal touch in my artwork.
Looking forward to more collaborations, guest spots, conventions, and art interactions, I would like to bring my tattoo work around the world."-Jubert Bellita (If you would like to see more about Jubert and see some of his artwork, you can visit his Facebook page here.) 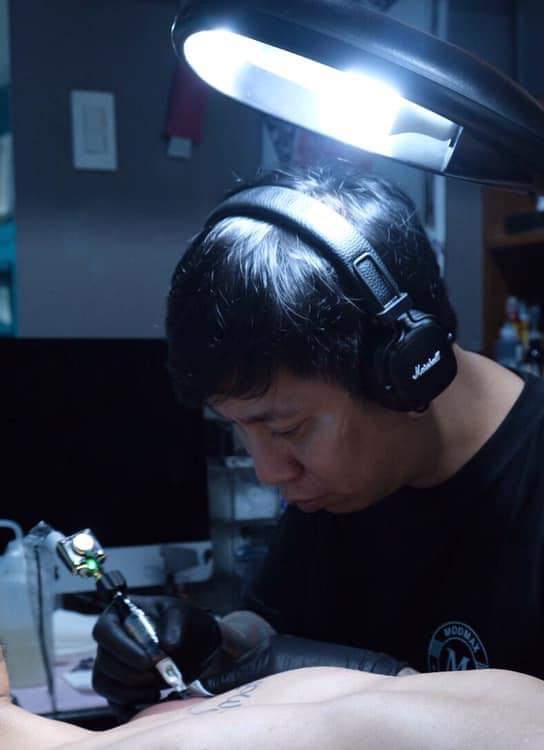 2007 was my last tattoo competition...since then and up to present, i only participated local & national events as one of the judges 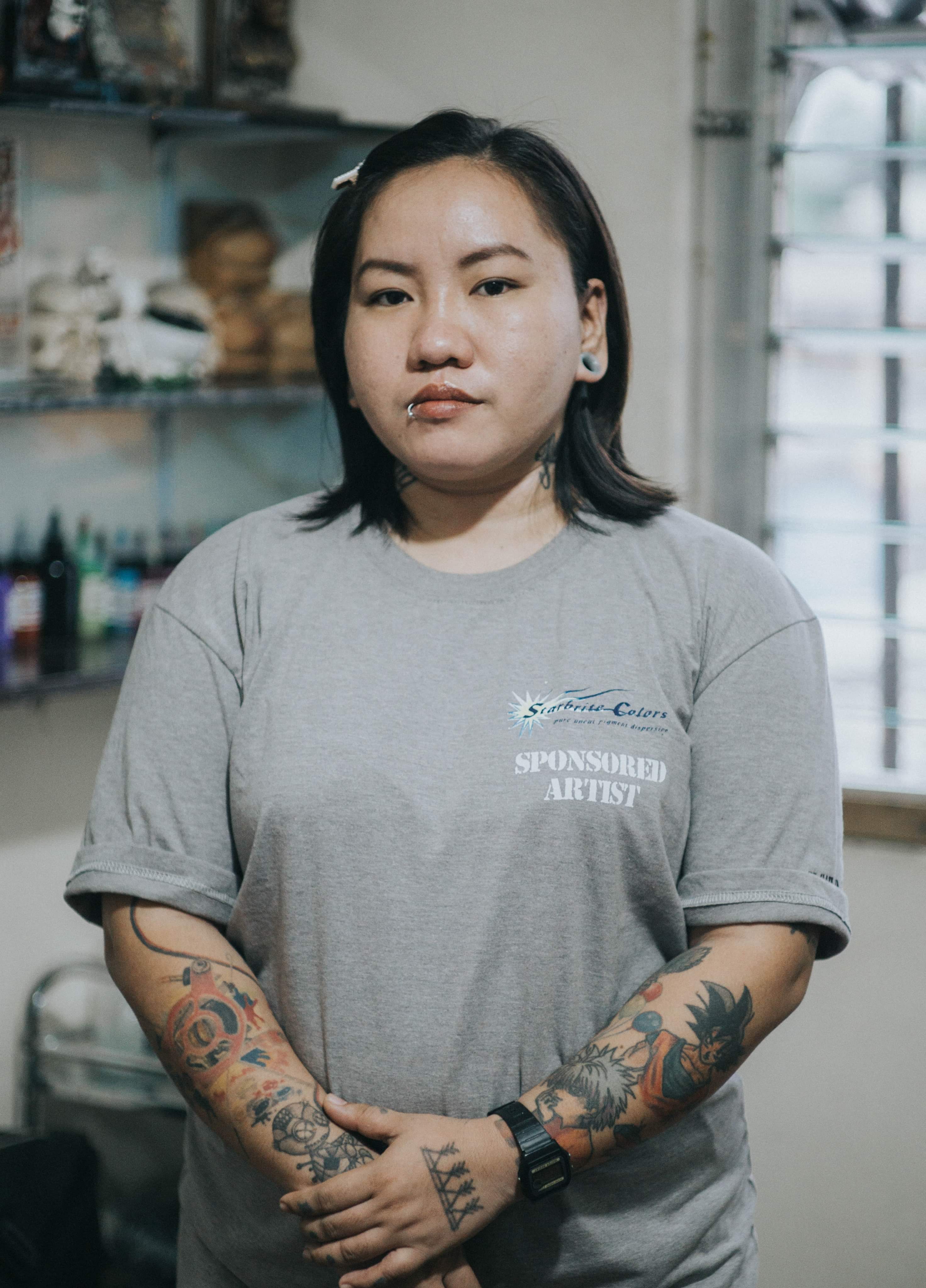 Name: Tiffany Ann Tallo Real Birthday: July 01, 1991 Specialism: Traditional and New school Tattoos Tiffany hails from Queen City of the South, started drawing from a young age. She grew an interest towards tattoos because of his neighbor is tattoo artist that’s why she said to herself that when she grew up she want to be like him, A tattoo artist someday. She started to pursue a career in tattooing last October 09, 2014. She then attended different competitions and won several events. For her tattoo is like creating something on someone else’s skin for life, and in most cases, making them and herself happy at the same time. She loves to do some tattoos because for her “People may die but tattoos will remain.”

(If you would like to see more about Tiffany and see some of her artwork, you can visit her Facebook page here.) 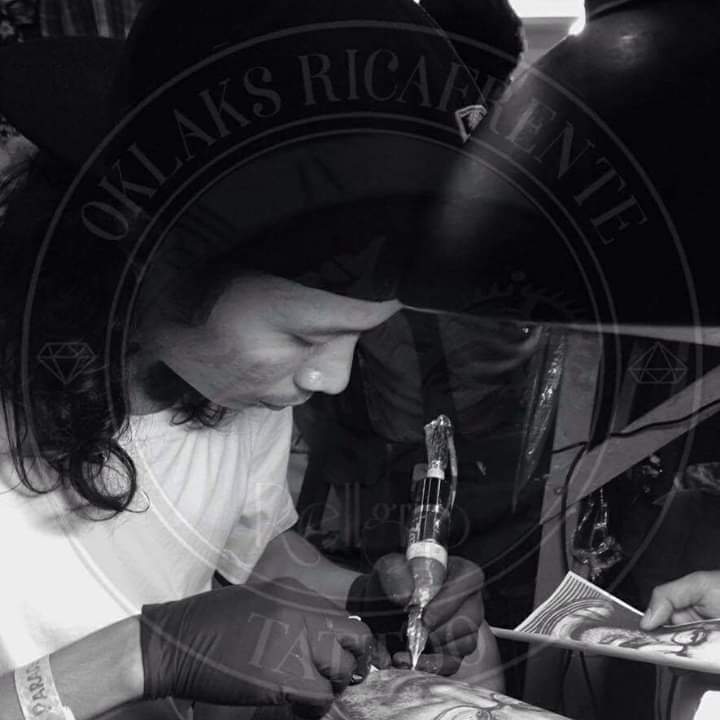 I'm 30 years of age from Cebu City Philippines
I start loving to draw when Im 6 years old
I start doing Henna Tattoo since 2001
Before I become a Tattoo artist I'm a Designer of a Handicraft from 2007 to 2010 and a henna vendor at the street of COLON of Cebu City
I started tattooing in the year 2010 , I focus tattooing at 2013 , My 1st award I got in a Tattoo Competetion was in2013
Patiki ko Beh!? at Talisay City "Champion"

I specialize in Colored Realism portraits and Black and Gray portraits.
I'm so blessed, Thankful and lucky to have my Family that always supported my Artworks. I feel
blessed and I am thankful that I'm the one of the Sponsored Artists of Starbrite Colors of Papillon Tattoo Supply and Lost Sailor Tattoo Supply."- Rey "OKLAKS" Ricafrente

(If you would like to see more about Rey and see some of his artwork, you can visit his Facebook page here.) 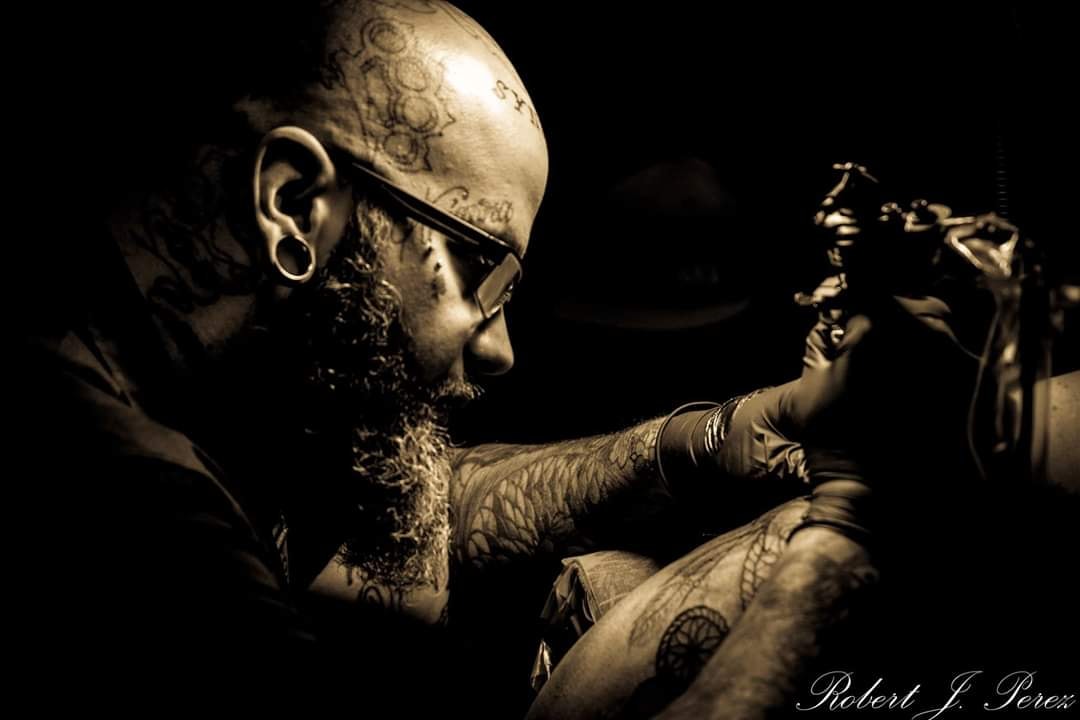 "Shaun 'Gig' Madison, born and raised in Hudson NY. An established tattoo artist for over 10 years with many accomplishments and even sponsorships, including with the Papillion family. Over the past 10 years Shaun has worked very hard to be where he is today within the industry. Shaun grew up drawing cartoons and animated characters for fun and always had the initiative to be a Tattoo artist from a young age. His ability continued to thrive, at only 17 years old he picked up his first machine and had apprentice experience and learned early on the basic structure and mechanics of the equipment by a fellow mentor, Wayne Gilleo. Shaun worked hard labor and put dreams on hold, but never let the thought of being a Artist go. Shaun decided Hudson and Albany are wasn’t the place to begin his career and traveled to Miami, Florida. In Miami he decided he wanted a fresh start and a clear mind, what better place than Miami with a beach. He began tattooing at a Shop named, “Silva Back Tattoo”. He is forever thankful for the experience that jump started his own career, and owes it to Cue. Cue gave him the opportunity and molded him into the successful tattoo artist he is. As an artist Shaun has always trusted in Starbrite inks and holds them to an ultimatum on being the very best, with the blackest black and bright colors. Shaun is appreciative of his sponsorship with Papillion and will continue his dedication to the Industry and dedication to the Papillion family within in future projects, He looks forward to conventions to show off the impact of the products that he uses. Today Shaun Madison is extremely humbled by the love and support of his family, clientele, friends and fans. He also now has his own shop in Albany, NY called Purgatory Tattoo Company. He is a well-liked and known artist in the capital district as well as a the surrounding states. He spends his life dedicated to tattooing and spending time with his family. As an artist within a challenging industry he will only continue to prosper and grow, and looks forward to the future projects that he will create using proved dependable Starbrite inks." -Shaun "Gig" Madison

(If you would like to see more about Shaun and see some of his artwork, you can visit his Instagram page here.) 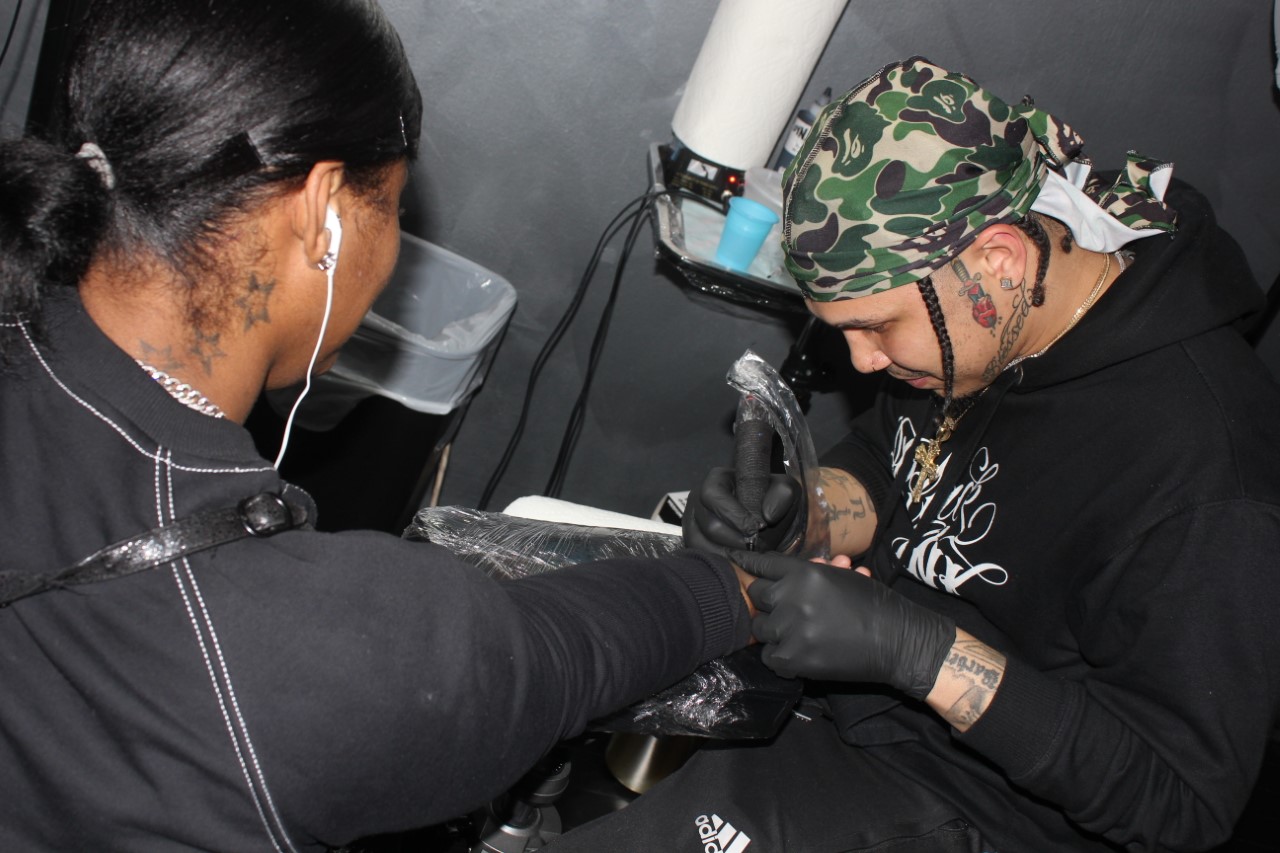 "My name is Rayshawn, AKA alien ink tats, and I’ve been tattooing 8+ years I specialize in black and grey, watercolors, and trashpolka. Also I am a cover up specialist . I wouldn’t be where I’m at in my career if it wasn’t for Papillion they are number one and my go to at all times new products always great quality you wouldn’t be disappointed. From custom ink to custom needles they have it all  I came to  Papillion after my 1st year tattooing and been with them 7 years now and tried all products they never seem to disappoint me my work have gotten so clean colorful fun and I couldn’t have had a better source to go to now I’m on tv spreading the love world wide promoting the brand so that all can experience the quality."

(If you would like to see more about Rayshawn and see some of his artwork, you can visit his Instagram page here.) 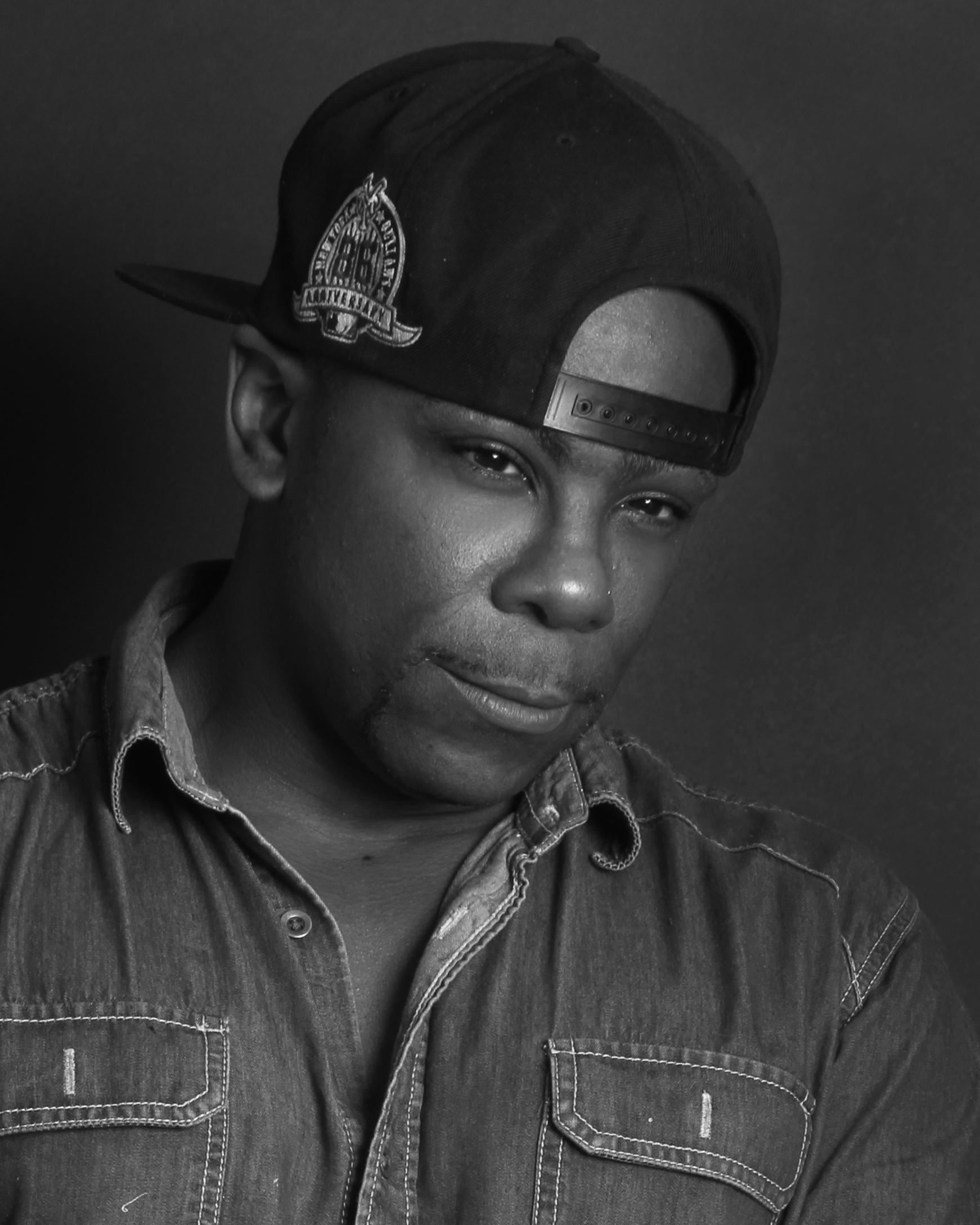 "Mark Lawrence was born on 4/21/1968 in the infamous Bronx river projects the birth place of hip hop. His mother Sylvia versed him in the ways of music, art, and culture. As the youngest of 8 children, his life was wrapped around art and the street. Combining the two he became a well known graffiti artist which lead him to explore all sorts of media to express himself.

Mark began tattooing 17 years ago while being influenced by his best friend Izzy from that day it changed his life. Hes traveled all over the world showing his art and tattoo skills from Germany to the UK and back to america. His best black ink he uses is from the makers of Black Gold, Papillon Tattoo Supply company . From the first day I fell in love with all of their ink, I've been truly happy." -Mark Lawrence

(If you would like to see more about Mark Lawrence and see some of his artwork, you can visit his Instagram page here.)